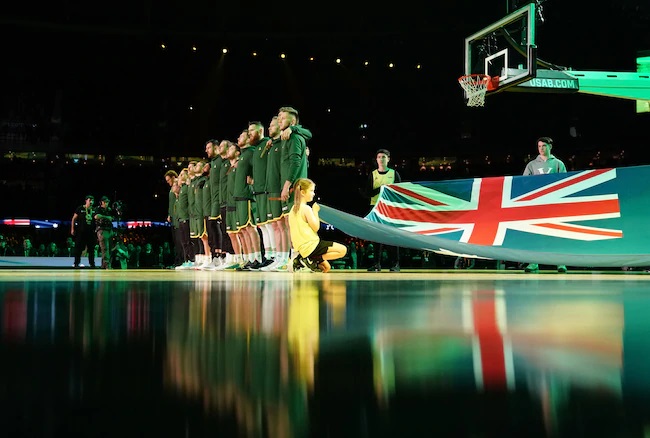 Basketball as a sport has been around for quite a while, so it’s no big surprise that it has found itself here in Australia. However, you might not be aware of how it became one of the most popular sports in the country. With the success of both the men’s and women’s national team in recent international sports events, its popularity is embraced by the entire country.

If you want to learn how basketball became one of the most well-loved sports in Australia, then read on to learn about its rich and colourful history.

From America to Australia

Basketball quickly took off in Australia in 1897, just six years after it was invented in the United States by James Naismith. The very first game was held in South Australia on February 17 between Our Boys Institute (OBI) and the Young Men’s Christian Association Training School (YMCA). These two institutes spearheaded the sport in the country, spreading basketball to Victoria and Adelaide throughout the following years.

Basketball slowly spread throughout the country, popping up in even the smallest of counties and towns. Its popularity began to cement itself within the general population as it was a great way to pass the time, especially during the summer months.

The Rise of Organized Basketball

In the following decades, several organizations dedicated to basketball were formed. In 1931, the Victoria Basketball Association spearheaded the growing expansion of the sport in the country. This was followed by the NSW Basketball Association shortly thereafter, as well as the formation of the Amateur Basketball Union (ABU) of Australia in 1939. The latter was recognized as the first national governing body of the sport. As more states began to join the ABU, it eventually changed its name to the Australian Basketball Federation.

Women’s basketball in the country didn’t really take off until the 1950s, when the first Australian women’s national basketball team was formed in 1957. Prior to this, women mostly played netball, a sport relegated to women due to the misconception that they couldn’t cope with the physical demands that basketball requires. Women’s basketball continued to advance until 1981, when the Women’s National Basketball League was finally formed. Six teams were initially inducted into the league, which has now grown to eight teams currently.

Basketball in Australia today is as prolific as ever. The Boomers (Australia’s name for their men’s international basketball team) have won multiple championships as of 2017, including 19 FIBA Oceania Championships, a FIBA Asia Cup, and a gold medal from the Commonwealth Games in 2006.

Similarly, their women’s national team, the Opals, has also garnered several accolades in several key competitions over the past few decades. The team won bronze medals during the 1998, 2002, and 2014 World Cups, as well as a gold medal at the 2006 FIBA World Championship.

The long and rich history of basketball in Australia has always been one of small beginnings. Despite its humble origins, it has grown to become one of the most beloved sports in the country. With everyone giving their wholehearted support for the game, basketball continues to become a growing sport that people can enjoy for many years to come.

BrendonA Quick Look at the History of Basketball in Australia07.15.2019

Be the first to know about our programs, promotions & more.